The Act on the Taxation of Business Income and the Value Added Tax Act were amended at the start of 2018 to expand the scope of application of public private partnership projects both with respect to the parties that can apply the PPP provisions as well as the types of projects the provisions cover.

In PPP projects, the public sector acquires, for example, a piece of infrastructure through a service agreement with a private actor. The private actor is responsible for the design, construction, and maintenance of the project as well as for acquiring the necessary financing. The public client pays a service fee the amount of which usually depends on the use or usability of the object.

This model makes it possible to implements large and long-term projects as a single whole, which includes outside financing tendered by the private actor. Four road projects have been implemented using the PPP model in Finland to date: the Lahti motorway and three sections of the E18 motorway. The experiences from these projects have predominantly been good with respect to timetable, costs and quality.

With the new amendments, PPP projects will no longer be limited to the state, but will also be available to municipalities and other clients. Furthermore, the scope of application has been expanded to cover design, construction, financing and maintenance services for roads, railroads, buildings or permanent structures as well as movable property directly related thereto.

The amendments also make it possible to use the PPP model in entirely new types of projects. The provisions now also cover, for example, private company projects, such as office buildings, manufacturing facilities, hospitals and day-care centres as well as refurbishments in addition to newbuilds.

As the only Finnish law firm to have been involved in all of the PPP road projects mentioned above, Castrén & Snellman has unique expertise and experience in comprehensively handling PPP and other large-scale projects. 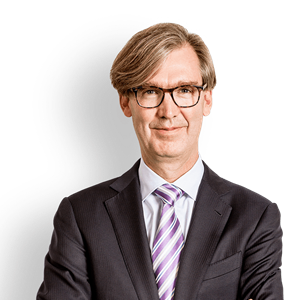