Supervision of legality in public procurements

Diverse reasons – such as not putting a public procurement out to tender, discriminatory requirements in a call for tenders or erroneous comparison of tenders – can make the tenderer or competitor question the legality of a procurement. The tenderer can make an appeal to the Market Court or request the contracting entity to rectify the procurement. Furthermore, the tenderer can submit a request for action regarding an illegal procurement to the Finnish Competition and Consumer Authority, which supervises compliance with the Act on Public Contracts.  A less known legal remedy is to lodge a complaint of the contracting entity’s procedure to the supreme overseers of legality.

The supreme supervision of legality is carried out by the Chancellor of Justice of the Government and the Parliamentary Ombudsman. A complaint to one of the supreme guardians of the law must usually be lodged within two years from the event about which the complaint has been lodged.

The division of tasks between the supreme guardians of the law was revised on 1 October 2022 by an amendment to the Act on the Division of Tasks Between the Chancellor of Justice of the Government and the Parliamentary Ombudsman (330/2022). The amendment means that for example tasks concerning public procurement, competition and matters related to government support were centralised to the Chancellor of Justice. The task areas are related to each other: public procurement may include prohibited government support if the question is of an illegal direct procurement, which means that the contracting entity has deviated from the obligation to put the procurement out to tender. Prohibited government support to one company in turn distorts competition on the market.

The procurement procedure was erroneous – should I lodge a complaint to the Chancellor of Justice?

Supervision of legality is part of the supervision of administrative activities. When an authority acts as a contracting entity, the guardian of the law, in this case the Chancellor of Justice, supervises compliance with the Act on Public Contracts and the implementation of the principles of good governance in a public procurement procedure and the related decision-making.

The Chancellor of Justice may provide the contracting entity with administrative guidance, for example highlight the requirements under the law or present their understanding of the statutory procedure. The authority can also be reprimanded for a clearly erroneous procurement procedure.

The guardians of the law issue annually a few decisions concerning complaints about procurements. We have collected a few examples of the decisions below.

Subsequent decision-making resulted in a reprimand

A procurement of approximately EUR 450,000 concerning the repair work of a school building owned by the city resulted in a reprimand by the Chancellor of Justice (OKV/637/1/2015). The city’s facilities centre had requested several service providers to give an offer for projects concerning the repair of indoor air problems that did not exceed the threshold values. Individual procurements had been carried out with letters containing an order. According to the understanding of the contracting entity, the question was of a framework agreement. This however remained unclear in the Chancellor of Justice’s view because the prices and other terms and conditions had not been finalised and there was no mention of putting the framework agreement out to tender in the HILMA system.

One procurement, which allegedly was based on the framework agreement, exceeded the threshold multiple times. The procurement decision was only drawn up after the service had already been provided. The decision referred to the provisions of the Act on Public Contracts concerning direct procurement and to the urgency of the procurement. Based on the assessment, the requirements were however not fulfilled as the city itself had delayed the repairs. The right of appeal of a party concerned was not realised because the contracting entity failed to make a procurement decision. According to the Chancellor of Justice, the procedure was very problematic also with respect to the general openness and transparency of the administration as well as to the right of access to information of citizens.

Particularly, in procurements of social and healthcare services, it must be ensured that the rights of different client groups are realised. The realisation of rights can also be necessary to assess in conjunction with a procurement procedure.

The Parliamentary Ombudsman assessed in the decision EOAK/6638/2017 the procurement of interpretation services for people with disabilities arranged by Kela, the Social Insurance Institution of Finland. According to the complainant, the access to interpretation services had been compromised for certain client groups as Kela had not taken into account the special needs of the clients, and interpreters who had earlier produced the services had been excluded from the framework agreement.

The guardian of the law stated that the contracting entity must take the users’ special needs into account. The users of interpretation services include special groups such as the deaf-blind and people with speech impairments. The Parliamentary Ombudsman also deemed that if the procurement has negative impacts on the services of a certain client group, the contracting entity must hear the client or client group separately. Kela can also not use the Act on Public Contracts to justify why it has ignored the special needs. If the special needs cannot be taken comprehensively into account in the competitive bidding process, a direct procurement procedure should be used in an individual case.

Reprimands for inadequate documentation and negligence

In their previous decisions, the Chancellor of Justice has emphasised that it must be possible to prove the legality of procurements afterwards. This means that for example inadequate documentation concerning small procurements was reprehensible as several similar procurements of legal expert services had not been put out to tender and the appropriateness of the reasoning could therefore not be evaluated later (OKV/1338/1/2014). The Chancellor of Justice also stated that services that are procured regularly must be assessed as a separate entity, and the contracting entities must take into account that it is prohibited to divide the procurement into parts to avoid the application of the Act on Public Contracts.

Supervision of legality does not replace an appeal process

The supervision of legality assesses the compliance with regulation concerning procurements, and the goal is to prevent recurring failures. The guardian of the law examines the activities of authorities in their administrative duties.

When supervising the procedure, the guardian of the law does not take a stand on which outcome an individual procurement should have had, whether a certain offer should have been rejected or whether some other tenderer should have been chosen. It is thus not possible to affect the outcome of the procurement by filing a complaint, and it does not replace an appeal process. A complaint can however positively contribute to the development of the procedures of contracting entities and to the elimination of bad operating models. 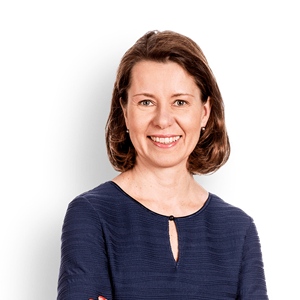