Founded in 1888, we are Finland’s oldest law firm. Our journey has been full of memorable moments and we have had a role in many of Finland's historical events.

Founding of Our Firm

In 1888, Finland was a primarily agrarian autonomous grand duchy of the Russian Empire. The economy was expanding rapidly. Industry was quickly becoming mechanised and business life was both growing and diversifying. These developments created a demand for legal services, particularly in Helsinki, which had become a centre of business life.

Castrén & Snellman at the End of the 19th Century

Castrén & Snellman’s first office was in a one-storey wooden building in the centre of Helsinki. At the time our firm was founded, there were no cars on the streets of Helsinki. The city’s first tram line started running in the same year the firm was founded, though the trams, too, were drawn by horses. Our firm’s lawyers were also willing to take cases outside of Helsinki. In practice, this meant making long trips to the countryside by horse and carriage, even in the bitter winter months. 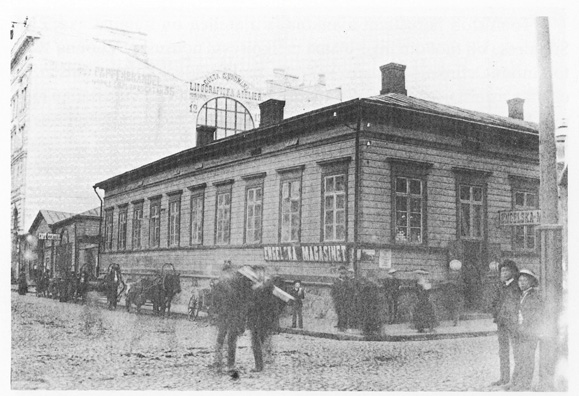 Our firm’s address has changed several times over the years, but has always stayed within a few hundred metres of where it was founded. The central location made it easy for our lawyers to conduct their daily business at the City Court, which was just a short walk away. About half of our firm’s cases at the time were disputes that were argued before the City Court.

Our firm’s first case was handled by Kaarlo Castrén before the City Court of Helsinki on June 8th, 1888. He was counsel for the defendant in a postponed procurement dispute that he had to further postpone, because the firm had only been given the case that morning.

Finland became an independent republic in 1917 after the October Revolution in Russia. Tensions between right wing and left wing factions erupted as a civil war the next year. Despite the war, Castrén & Snellman persistently continued its business.

Up to the 1920s, the firm handled all kinds of relatively small-scale legal work in Finland. Having established a strong reputation, Castrén & Snellman received significant international assignments, for example, when Esso and General Motors established offices in Finland in the 1930s.

During the Second World War, Finland fought the Winter War (1939–40) and the Continuation War (1941–44) against the Soviet Union. During the war, Partner Martti Olsson kept the firm going while the firm’s other lawyers were at the front. 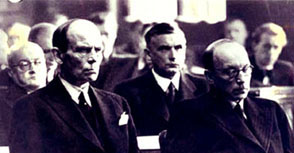 After the Continuation War, Olsson was second defence counsel to President Risto Ryti in the ‘war guilt trial’ in 1945–46. Having an excellent lawyer was not much help to Ryti; the Allied Control Commission had most likely decided the question of guilt in advance, and Ryti was sentenced to ten years’ imprisonment.

After the wars, the economy in Finland began to recover. In the 1960s and 70s, companies typically concentrated their collection assignments in law firms. Castrén & Snellman handled this work for Esso and Stockmann, with Esso being the firm’s largest client at the time.

In the 1960s Castrén & Snellman represented one of Finland’s major margarine manufacturers in a widely publicised libel case that came to be known as the ‘cat margarine case’. At the time, producers of butter and margarine were engaged in fierce competition. The state’s agricultural policy also had its hand in the matter; the state wanted to support butter consumption, because Finnish farms produced a great deal of butter. The situation came to a head when rumours began circulating that cat fat was being used in the production of margarine. The rumour was started by a 1961 magazine article in Uusi kuvalehti. The dispute between the magazine and the margarine manufacturers was eventually settled in secret. Later the magazine suffered an advertising boycott and was forced to fold.

In 1976, one of Finland’s largest peace-time accidents occurred: an explosion at a munitions factory in the town of Lapua killed 40 people and injured 60. Castrén & Snellman represented the factory’s technical manager in the industrial safety trial that followed the explosion. The trial went all the way up to the Supreme Court, where all the charges against our client and the other defendants were dismissed. The industrial safety trial that followed the accident became a milestone in the development criminal law in relation to work safety in Finland.

The 1980s were a period of deregulation and strong economic growth in Finland. Finnish industry began to diversify and expand globally.

In previous decades, well of half of the firm’s assignments had been disputes. During the 1980s, the share of international contractual and corporate governance work increased significantly.

The end of the 80s in Finland has been called the ´Casino Economy’, and the firm closed the decade handling numerous high-profile bribery cases.

After the strong growth of the 1980s, Finland was thrown into a severe recession. Unemployment grew, and many companies were driven into bankruptcy. During these troubled times, Castrén & Snellman administered hundreds of restructurings and bankruptcies—among them Starckjohann, Polar and the Kansa Group, Finland’s largest bankruptcy to date. Castrén & Snellman was active in the drafting of Finland’s first Restructuring of Enterprises Act, and we have since been involved in every major restructuring process in Finland.

Being entrusted with major bankruptcy estates and restructuring proceedings also enabled us to branch out into new fields of law. The 1990s saw us expand our services into tax law, capital markets and intellectual property, M&A and technology. This was the beginning of the firm’s development into the full-service firm it is today.

Cross-border projects also opened doors to the world. Being responsible for assets in far-flung corners of the world required a focus on building a strong international network of colleague firms. The firm pursued this goal systematically through participation in organisations and associations. Our firm has also taken an active role in society since the very beginning. Our lawyers and other staff are active in the Finnish Bar Association, and two or our partners have served as its president: Pekka Sirviö during 1995–1998) and Mika Ilveskero during 2010–2013.

In 1994, Castrén & Snellman established a subsidiary in St Petersburg to better serve our clients’ interests in the emerging and rapidly developing Russian market. Our St Petersburg office was one of the first offices established by a Finnish law firm in Russia. In 2007, we further expanded to Moscow.

The increased and diversified workload also became a driver for Castrén & Snellman to develop its business model from a traditional loose group of lawyers with their own practices into a corporate model. The firm became a limited liability company in 1994. The nineties also saw the firm draw up the first business plan in its 100-year history.

Finland joined the EU in 1995. The Finnish economy began to pull out of recession, and the Finnish mergers and acquisitions market also revived. Castrén & Snellman increased its focus on handling major transactions, such as the demerger of Kone Plc into the new KONE Corporation and the construction of the Helsinki-Lahti motorway.

At the turn of the millennium, the firm continued to grow and offer new services both organically and through acquisitions. The development of the firm’s business and service model continued under the lead of the management group. In 2004, the firm transitioned to a true partnership model, in which the company’s profit is divided equally between the partners. This also enabled us to dedicate even more resources to developing our firm to better support our clients’ success.

C&S was active in arranging the AIJA congress in the year 2000, the first-ever to be held in Finland. The congress was an important milestone not only for the firm, but also in developing the international profile of the entire Helsinki legal services sector. Our firm’s lawyers remain very active in various international organisations, one of the most important being the International Bar Association.

People have always been at the heart of the legal services business. As the firm has grown, increasing attention has been put into ensuring that C&S can attract and hold onto the best people.

The firm is renowned for the Castrén spirit, a sense of community, which has been built and maintained over many years. During 2008–2009, this spirit was finally codified in the firm’s values. Far from being dictated from on high, all of the firm’s personnel participated in defining the values through a pioneering value dialogue. This dialogue was the first process of its kind undertaken by a Finnish law firm, and resulted in a set of values that the firm’s people are strongly committed to It also laid the foundation for the firm’s steady stream of employer awards and recognitions.

Corporate Responsibility on the Rise

Castrén & Snellman is also a forerunner in gender equality. We are the first and only Finnish commercial law firm in which both the managing partner and chairman of the board have been women (2011-2017). The number of women in our partnership is also second to none in Finland.

We have served as the Finnish Olympic Committee’s legal advisor since 2013.

We have handled many major assignments since the start of the new millennium. Mergers and acquisitions and other transactions have become a more significant part of our practice than ever. For example, we have advised the lead managers in Outokumpu’s directed offering, which was the largest offering in Finnish history. We also advised the mobile operator DNA in one of the largest IPOs of the decade. Challenging infrastructure projects, such as the Nord Stream gas pipeline and the E-18 motorway have also benefitted from our firm’s extensive expertise.

It is clear that digitalisation is driving an unprecedented degree of change in the business world and beyond. Our mission is to help our clients build new success stories.

The digital revolution is pushing our clients' to look for more efficient ways of working – and they are increasingly demanding that their legal advisors do the same. We fully expect that AI technology will become a crucial part of the legal services of tomorrow. We take pride in being forerunners in our field, and we are now taking the next step by implementing an artificial intelligence tool in our transactional and legal review processes.

We are also the first major Finnish law firm to embrace new digital forms of communications. Our lawyers write about 30 blog posts a year to keep our clients up-to-date on current legal affairs, and we communicate actively with law students and other interest groups through social media. This is no small feat in an industry that for most its history was prohibited from advertising at all.

In the three decades since our firm’s 100th anniversary, Castrén & Snellman has been one of Finland’s fastest-growing law firms, going from employing 15 people in 1988 to employing over 250 people today.

Castrén & Snellman has been involved in many of Finland's historic events, and our journey at the forefront of our field will continue for many years to come.