Ilona Karppinen has had a long and eventful career path at Castrén & Snellman, from her start as a junior trainee to her current position as Partner Elect.

Ilona’s path at C&S began as a junior trainee in the autumn of 2003 during her second year of studies. She continued at C&S as a supervising trainee before moving on to our newly launched knowledge management trainee programme. After a student exchange in France, Ilona returned to the firm as a senior trainee and then as a project trainee. In 2007, Ilona graduated from the legal faculty and started work as an associate.

Ilona’s key expertise is dispute resolution and company law. Among other things, she handles domestic and international commercial disputes. Challenging and long litigation and arbitration proceedings require that the lawyer handling the case gets to know both the business and the device, data system or other issue subject to the dispute in great detail. There is something new to learn every day.

“Every assignment is an opportunity to learn. As a lawyer, you have to get to know the client’s industry, product and entire business’, Ilona says.

‘That is why it is important for a lawyer to be curious and have a desire to understand and learn new things. In this job, you have no choice but to keep developing yourself.’

Though Ilona has built her career in the same firm, she has succeeded in bringing variety into it. In 2009, she did her court training at the Helsinki District Court and got a view of litigation from the other side of the bench—fully realising what the anatomy of independent decision-making.

In 2013, Ilona was on secondment at Rautaruukki (now part of SSAB following a corporate transaction),and learned extensively about contract law and what the services of a law firm look like from the client’s perspective. Four years later, she spent nine months working at one of Sweden’s largest law firms, Mannheimer Swartling.

‘I am very grateful to my firm and supervisor for the support they have always given me in realising my career dreams. That support made it possible for me to work at Mannheimer Swartling and develop my international experience.’

Continual learning is a must for an attorney. The Finnish Bar Association obligates its members to attend at least 18 hours of training a year. Ilona is grateful for the extensive internal training Castrén & Snellman organises for its personnel, including the Cassu College training series, which covers current topics in the legal services industry and beyond.

Ilona certainly agrees with the notion that working as a lawyer is career of life-long learning.

‘My dream is to keep developing and learning at Castrén & Snellman. Continually developing your expertise is a big part of what makes working as a lawyer meaningful and interesting.’ 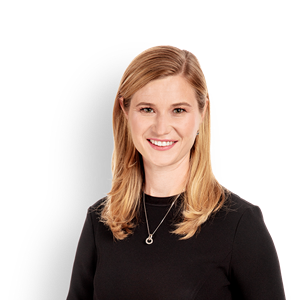