Justice Mikko Könkkölä, who is a former Court of Appeal president and a senior advisor at Castrén & Snellman, has been appointed to chair the committee appointed by the Ministry of Justice to prepare the reform of legislation concerning liability for damages of public sector entities. The project is part of the current Government Programme.

‘A great deal has happened in the past 50 years. Finland joined the European Convention on Human Rights, enacted a new constitution, reformed provisions concerning authority jurisdiction and public administration, and privatised public duties. More importantly, the position and rights of individuals are in many ways even more pronounced than before. Now is a good time to take a look at how all this effects public entity liability’, says Senior Advisor Mikko Könkkölä.

‘A major question is whether the system of fundamental and human rights should be supplemented by national compensation provisions, and if so, how’, says Könkkölä.

The committee will also assess whether it is necessary to expand the state’s liability for coercive measures and the exercise of police powers. The liability for damages of public entities providing public services will also be part of the assessment.

The committee and monitoring group following its work have been appointed for a term ending at the end of May 2022.

Prior to joining Castrén & Snellman, Mikko Könkkölä worked for nearly two decades as a judge, a justice of the Supreme Court and as president of two courts of appeal. He has worked as a law drafter for over 25 years, including as the director of legislative affairs at the Ministry of Justice, being responsible for the drafting of laws in the field of private law. 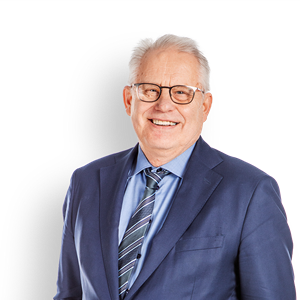 Mikko Könkkölä
Senior Advisor
+358 20 7765 470
+358 50 514 8757
mikko.konkkola@castren.fi
Share this:
Previous
Tiina Forss Appointed as Associate
Next
Summer Employees Once Again Name Castrén & Snellman as One of the Most Responsible Employers in Summer Job Survey
See all