The Finnish Ministry of Finance published a proposal on amendments to Finnish controlled foreign corporations (CFC) legislation in the beginning of August 2018. The ministry also stated that the Finnish anti-avoidance regulation would remain in its existing form. Finnish tax regulations concerning CFCs are being reformed as a part of the EU’s anti tax avoidance directive (Council Directive (EU) 2016/1164 of 12 July 2016, ATAD).

The purpose of existing Finnish CFC legislation is to prevent tax planning by utilizing entities located in low-tax jurisdictions where the actual level of taxation is less than 60% of the taxation of a Finnish entity.

The existing rules are already relatively complex, but contain key exemptions on which domestic taxpayers could have relied.

The most essential proposed changes relate to the applicability of the key exemptions and the calculation methods of required ownership levels. These amendments are briefly discussed below.

Definition of a CFC and Exemptions

Another currently applicable major exemption relates to situations when the relevant foreign entity is i) de facto resident in another European Economic Area (EEA) member state, or ii) de facto resident in a country that does not e.g. belong to the list of low-tax jurisdictions issued by Finnish Ministry of Finance and has a double tax convention in force with Finland, and the foreign entity i.a. factually pursues economic activity in that country or has not received any specific tax exemptions.

According to the proposal, the first exemption would in a slightly expanded form continue to apply to companies resident outside the EEA alongside certain other requirements, whereas Finnish tax residents could utilise the latter exception in the case of companies in the EEA but no longer in the case of companies that are tax resident outside the EEA. As the scope of the exemptions will change, several foreign companies may fall out of the exemption currently applied.

The ATAD also includes certain de minimis thresholds regarding, for example, transaction types or accounting profit levels. However, the new domestic proposal contains no such exceptions.

Current CFC regulations are applicable only if one or more Finnish tax resident entities or individuals directly or indirectly hold at least 50% of the capital or votes of a CFC or have the right to at least 50% of the profit of the CFC. This test would be abolished in the new proposed regulation.

In addition, a Finnish tax resident entity or individual is currently in scope of CFC legislation only if it directly or indirectly by itself or together with dependent entities holds at least 25% of capital of the CFC or is entitled to 25% of profit from its assets.

According to the new proposal, the calculation would also take into account direct or indirect holdings in the CFC by Finnish and non-Finnish dependent entities. This means in practice that Finnish taxpayers with only minor direct or indirect ownership in a CFC may become subject to observe CFC regulation.

The ATAD excludes individuals from the scope of CFC regulation, though both the existing and planned new domestic regulation would also concern them. This has been a problem already under the existing rules, as the determination and application of CFC legislation may in practice be overly complex for individuals that are, for example, indirect passive owners in foreign entities. This problem would become even more evident under the new regulation.

In addition, the new rules would include an amendment concerning the sale of shares in a CFC. In that case, the income taxed as CFC income at the hands of the taxpayer during previous years could be taken into account when determining tax consequences of the taxable disposal.

As stated above, the existing CFC rules are complex. The new proposal would do nothing to decrease the degree of complexity. Further, the Finnish CFC system would structurally deviate from CFC regulations of several other EU member states that have implemented either of the models provided by ATAD.

Secondly, the amended CFC rules would bring several new foreign entities under the scope of Finnish CFC regulations due to amended ownership thresholds and modifications to current exemptions. The effect could be especially relevant for directly or indirectly held companies operating in a tax treaty country outside the EEA and not currently benefitting from industry-based exemptions.

No Amendments to Finnish Anti-Avoidance Regulation 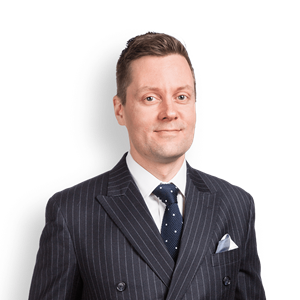 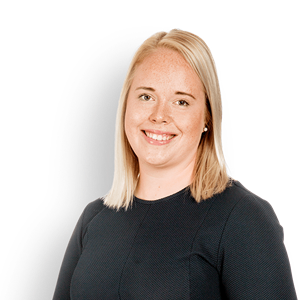