Mergermarket: Strong H1 2017 for Our M&A Service and Jan Örndahl

There has been a remarkable and rather unexpected upswing in M&A activity in Western Europe this year. The Finnish deal market was no exception and we saw some very unique takeovers and mergers during the first half of the year, as such as Blackstone’s acquisition of Sponda, Nokia’s takeover of Comptel, the merger of the pension insurance companies Ilmarinen and Etera and the combination of the two construction giants YIT and Lemminkäinen.

When looking back at the work done and the league tables published by Mergermarket, our team excelled. Mergermarket ranked Castrén & Snellman first in terms of deal count among Finnish law firms, having handled 14 deals during H1 2017. Measured by deal value, we placed second, having handled an aggregate deal value of more than USD 4,4 billion during H1 2017. In particular, we are proud of our partner and Head of Team Jan Örndahl, who took third place in the Nordics individual legal advisers ranking by handling a remarkable eight deals already during H1 2017. 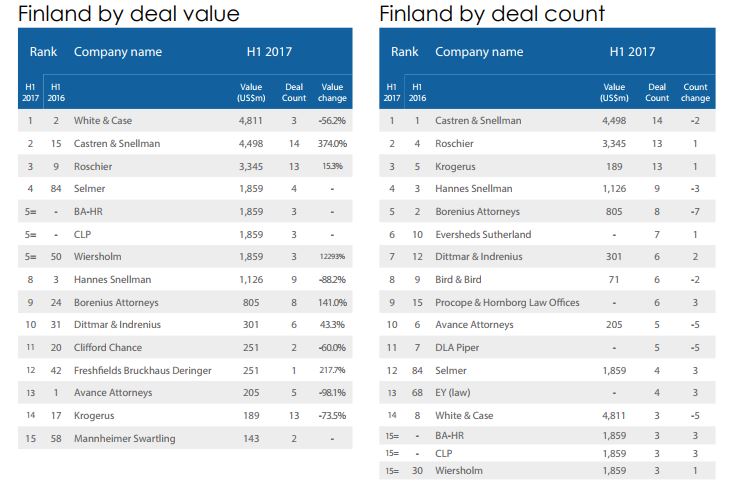 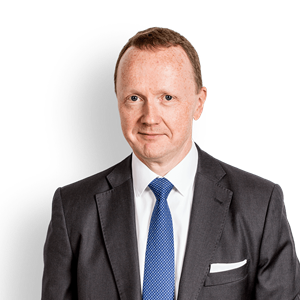 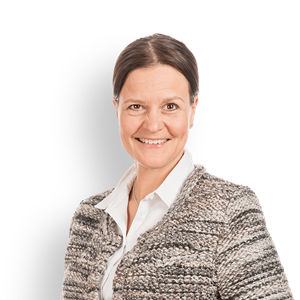